Aging represents a paradox of immunodeficiency and inflammation (inflamm-aging) and autoimmunity. Over the lifespan there are changes in the architecture and functioning of the immune system often termed “Immunosenescence”. Recently, there have been major developments in understanding the cellular and molecular bases, and genetic and epigenetic changes, in innate and the adaptive immune system during aging.

Limited longitudinal studies have begun to reveal biomarkers of immune aging, which are recognized as an “immune risk profile” (IRP) predicting mortality in the very elderly. Hallmark parameters of the IRP may also be associated with poorer responses to vaccination. The usually asymptomatic infection with the widespread persistent beta-herpesvirus HHV5 (Cytomegalovirus, CMV) has an enormous impact on these immune biomarkers. The prevalence of CMV infection in populations in industrialized countries increases with age, and within individuals, the degree of immune commitment also increases with age. This may cause pathology by maintaining higher systemic levels of inflammatory mediators and decreasing the “immunological space” available for immune cells with other specificities. Modalities to prevent or reverse immunosenescence may therefore need to include targeting infectious agents such as CMV.

The involution of the thymus plays an important role in immune deficiency associated with aging. However, the human thymus is capable of regenerating and at least partly restoring its function. Potential mechanisms of regeneration include KGF signaling and innate lymphoid cells (ILC) producing IL-22. Novel strategies are emerging including the use of precursor T cells and thymus bioengineering. In addition to thymic involution increased receptor-mediated and mitochondrial pathway-mediated apoptosis also contributes to a deficiency of naïve T cells in aging. Both CD4+CD8+Treg cells appear to play an important role in immune dysregulation and inflammation in in aging. Recently, a newly discovered age-associated B cell (ABC) with a unique surface phenotype has been shown to express the t-bet transcription factor and to accumulate progressively with age. ABCs are associated with virus infections and autoimmunity. An interesting area in immune cell functions is immunometabolism (e.g. aerobic glycolysis is a characteristic of short lived immune cells, whereas oxidative metabolism is characteristics of long lived cells). Immune metabolism relays external signals to regulate immune cell functions. In recent years, the role of DCs in inflammation and autoimmunity during aging has been emphasized, including epigenetic changes and role in failure to induce protective mucosal immune responses resulting in increased susceptibility to virus infections of respiratory tracts. Monocyte/macrophages in aging show defective signaling resulting in impaired functions. There appears to be a shift towards proinflammatory monocytes during aging. Inflammatory monocytes appear to contribute to atherosclerosis, an inflammatory disorder of aging. Nanoparticles have a promising potential for improving atherosclerosis detection and treatment via targeting intimal macrophages and decreasing inflammation. Another emerging area of investigation is the aging microbiome (both gut and respiratory tract) and susceptibility to infections. Recently, interest has focused on the role of the T-box transcription factors, T-bet and Eomesodermin (Eomes), in NK cell biology. T-box transcription factors are currently been investigated as potential targets for therapeutic interventions.

Several experimental approaches are being developed as potential anti-aging therapies including modulation of metabolic signaling pathways through small molecules, the rejuvenation of stem cells, and the elimination of senescent cells accumulating during aging. The discovery of cellular reprogramming through forced expression of Yamanaka transcription factors has facilitated the generation of induced pluripotent stem cells (iPSCs) from patient somatic cells. Cellular reprogramming has highlighting the plasticity of aging in that multiple aging hallmarks can be reversed to younger states. 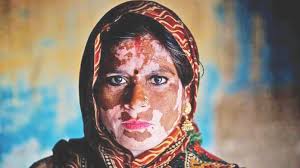